I was thinking about this the other day. They do covers of songs (where one artist sings the exact same lyrics of another artist's song, re-make movies and TV shows, but they never re-write books. Why is that?

Why is it that people feel a tv show is "old" or "dated" where there are books much older? I mean there is no new "Romeo and Juliet". Yes, there are new "takes" of the story, but the book is never "remade".

Just something I was thinking about....
Posted by MFC Studios at 6:24 PM No comments:

The day after Godzilla attacked our Independence in the year 2012

If you didn't get my attempt at humor, I am talking about the new disaster movie 2012 (made by the guys who did Day After Tomorrow, Independence Day, and the American Godzilla (amongst others)).

And as with all my movie discussions, spoilers may (and most likely) will be mentioned.

First off, this movie is looong, but it didn't feel like it, so that tells me the pacing was good. The movie starts off in 2009 (which was a bit of a surprise to me) where they get right to the plot. Crap is going to go down "very soon". Usually, there is one guy who knows everything and no on else believes him, but not in this movie. Right away, the President (played by Danny Glover) is notified and he let's all the "important people" know.

Soon after that, we are introduced to the "every man" the people who are going to have to survive (or at least try to) the disaster. Usually, these people are introduced separately and brought together by what ever the movie throws at them. Not in this movie, everyone is connected together in some way before crap goes down (which was a nice touch).

Now lets get to the destruction: Computers have come along way, but it still looks..."not right" somehow. But, these guys went all out (so far as to stretch your limits of plausibility to the max) with stuff blowing up (or down, or out) all over the place. No inch of the screen was spared. Usually, it's just one (or possibly two) big events and the rest id build up. Not in this movie. There are at least 5 different events (each equally huge) scattered throughout the movie (which once again helps with the pacing.

Out of everything going on, there was one guy who stood out for me....

Johann Urb (shame there is no dude-ipidea) He has "Hero" written all over him. Every time he showed up on screen, I was thinking, he could be Captain America, or maybe even the next action hero.

Now for the bad stuff....
The only thing that really bothered me (and only after I left the movie) was the really really good cell phones every one was having. As it stand now most phones don't work properly (dropping calls and bad connections and what not). But not in this movie. Despite the cell towers being destroyed (either by flood, earthquake, or just you know blowing up) everyone was able to call everyone else with no problems at all. They even mentioned that they had to turn off the switchboard because of all the phone traffic, and yet everyone was still able to make calls! In most horror movies, there is no reception and that is just with a guy in a hockey mask running around. Here, the world is coming to an end and everyone can still reach out and touch someone!

So overall, it was a decent disaster movie, the characters were more fleshed out than usual, the destruction levels were high and the cast was pretty decent. So go out and see it you only have 3 years to do so!
Posted by MFC Studios at 12:10 PM No comments:

It's (still) hard to find good help these days

I know alot of people. Every time I go to a con, I realize that. Publishers, Artists, Writers, and even "names" in the comic book biz. I have called upon them for tips, advice, and even help with my various projects. I have even gone beyond that and even recruited my friends.

But sometimes (more often than not) their stuff comes first. It's how they make their living and get their product done. The reason I mention this is because I just got word that one of those contacts cannot help me out in regards to my latest radio show. While I understand, the end result doesn't help me.

So for the time being, 3 of the six shows (as well as the compilation "best of") will be in Internet limbo for the foreseeable future.

They say you should surround yourself with people who have the same passion and desire as you do to succeed. I have an addendum to make to that...you should also have someone who can devote the time needed also. With the world getting smaller (because of the digital technology), I still find it difficult to find that right partner(s). But I'll keep plugging along.....
Posted by MFC Studios at 11:32 PM No comments:

ok, I finally got this figured out...so you now will get 2 posts today (seeing as how I am missing a week)

I just wanted to gripe about something here....I love Red Box. It's a little (red colored) vending machine to rent movies for only $1.00 a day and return them to any other red box by 9pm. Miss a day? Pay one more dollar...what more can you ask for? 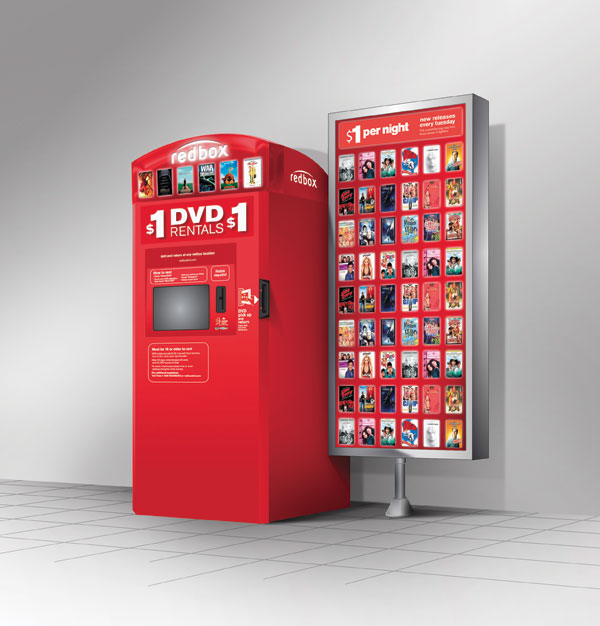 They are becoming very big and the movie companies are trying to stop them sayin that it is hurting dvd sales and costing them millions. But as it stands, they are here to stay and only growing. So what does my arch-nemesis Blockbuster do? they make a Blue Box..

They cant come up with an original idea? Why try to steal a good idea? Well, we all know the answer to that one, it's the American way....

So if you are out there and see a red box, try it, see a blue box, keep on trucking my man!

Man I hate those guys.
Posted by MFC Studios at 12:58 PM No comments:

The hype (the scariest movie of ALL TIME!!!!) is crazy, and since I get free movies, I was able to travel and see it when it was still in limited release.

I guess first let me say that the movie was shot in some guy's house and it cost only $11,000 to make (the re-shot of the ending cost an additional $4,000). With that in mind...this will be a free flowing discussion of the movie "Paranormal Activity" and spoilers may (and most likely will) be mentioned. Right off the bat my interest was peaked. The last time I had seen a marketing campaign like this was when the first Final Destination came out (they showed the audience reaction jumping at a scene, which was the girl getting hit by the bus). So I figured it might be a good movie. However, just before seeing it I was told that it was a whole lot of waiting for nothing to happen. So going in, I was already negative, which means that the movie would have to work twice as hard to make it rate a zero on my scale.

Not only did it fail, it didn't even move me at all, (well, it did get one or two points, but I'll get to that in a moment) in the positive direction.

As a little research turned out, there really was no "script" just a general direction from the director so most of the movie was "dialog-improv" which actually made the two characters...believable. They also hit upon something that one always wonders about..."if the place is haunted why not get the hell out of there?". Well, it's the girl not the house, so it doesn't matter where they go. That and the re-shot ending (and maybe one or two short scenes before that) were the only scary (I wouldn't even go that far...maybe creepy) part of the entire movie. So in short, (almost) NOTHING HAPPENS until the ending and even that was too short. Think Blair Witch in a house, but less stuff happens....Quarantine was sooo much better..
Posted by MFC Studios at 11:53 AM No comments: